WATERPROOFING AND REPAIR OF UNDERGROUND STRUCTURES

The characteristics of geopolymer resins allow you to use them for strengthening and waterproofing various underground structures. We are talking about such objects as collectors, pipeline mines, wells, fuel tanks, underground tanks, basement structures, etc. 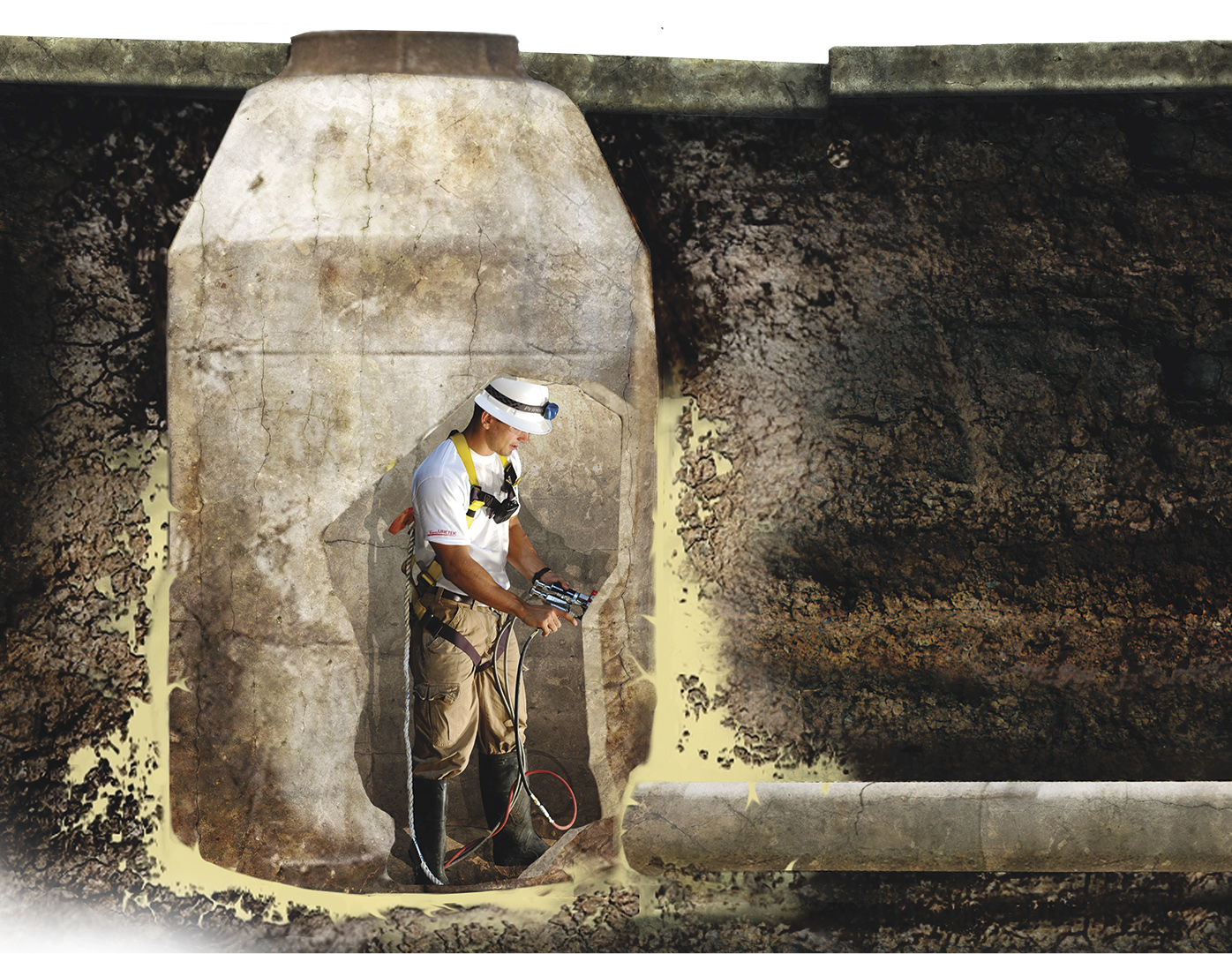 If during the operation of an underground structure, the walls of which must ensure complete tightness, cracks have appeared or liquid has leaked, it is necessary to carry out urgent repairs of the object. However, in many cases, only removing cracks, replacing damaged elements and restoring the waterproofing properties of the walls of the structure is not enough.

If the structure has leaked liquid, most likely, there has been blurring, reduction of compaction and weakening of the soil in which the object is located. Therefore, in order to restore the structural characteristics of the object, it is often necessary to increase the density of the soil where the structure is located, that is, to strengthen and strengthen the eroded soil. It is easiest to do this with GeoResin geopolymer resins. 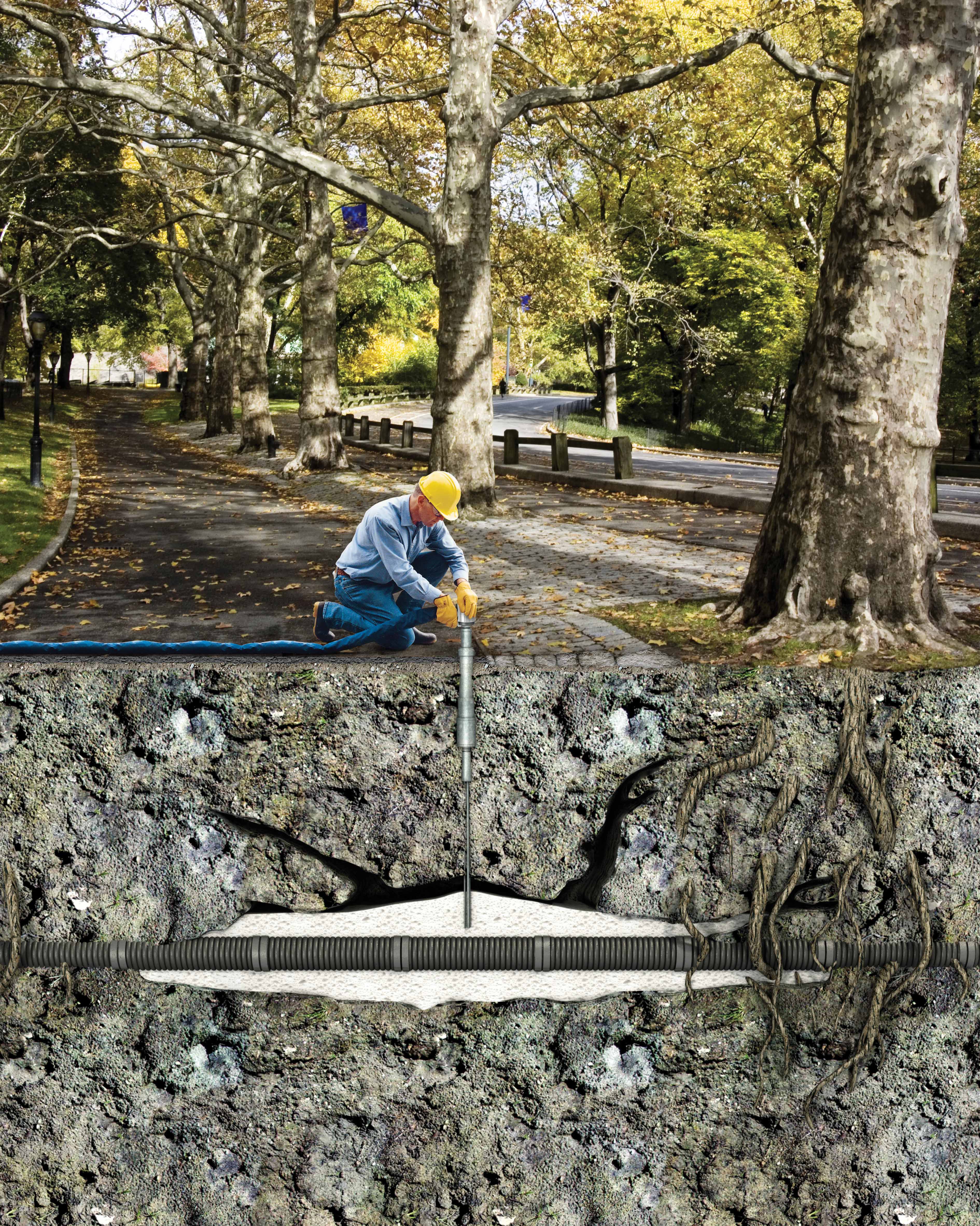 Waterproofing of mines and tunnels

Such underground structures as tunnels, pipelines and mines can be made of prefabricated elements. For waterproofing and sealing of such structures, it is necessary to perform reliable laying of joints and seams between elements. Gelopolymer resins can also be used for sealing seams, which are injected into the joints of elements.

Seams and cracks in the walls of underground structures can be laid both from the surface of the earth, without the need to excavate the structures, and, if there is a possibility of personnel access, from inside the objects. When geopolymers are injected into the place of contact of the outer surface of the tunnel or mine with the ground, the expanding material can even get inside the object, which will testify to the reliability of the work performed. In this case, the excess material is simply cut from the inside of the structure and all internal surfaces are cleaned. 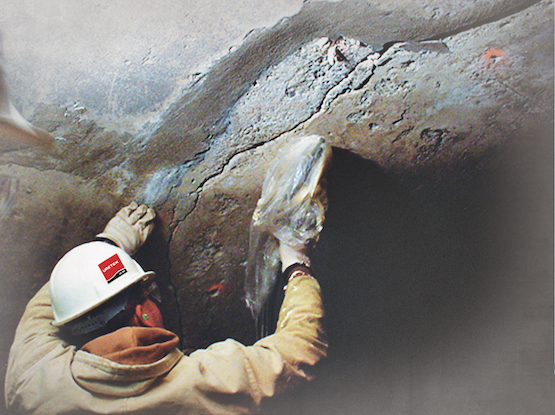 One ​​of the reasons for the violation of the waterproofing of underground structures (basements, foundations, etc.) is insufficient hardness of the soil adjacent to the walls of the structure. Loose soil around the perimeter of the building can settle and absorb excess moisture, as a result of which the external walls below ground level will get wet.

In order to stop such a process, geopolymer resins are injected into the layer of loose backfill soil. Thanks to this, it is possible to increase the density and strengthen the soil, which will reduce its moisture content. Waterproofing of the structure is also an indirect consequence of such a procedure.