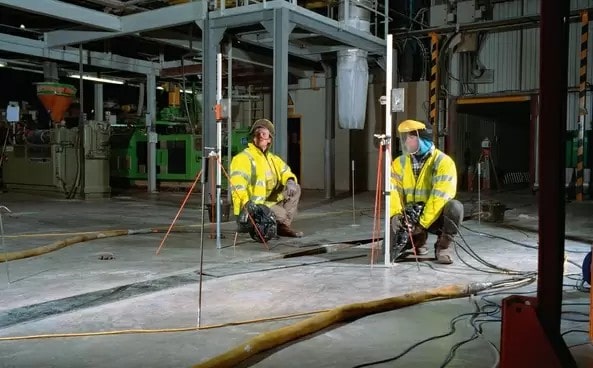 RAISING AND STRENGTHENING OF THE FOUNDATIONS OF INDUSTRIAL FACILITIES

Geopolymer resins have found their application in the field of repair and reconstruction of industrial and manufacturing enterprises. Geopolymers can be used both to strengthen the foundation of operated structures and to modernize premises for the installation of more powerful equipment. 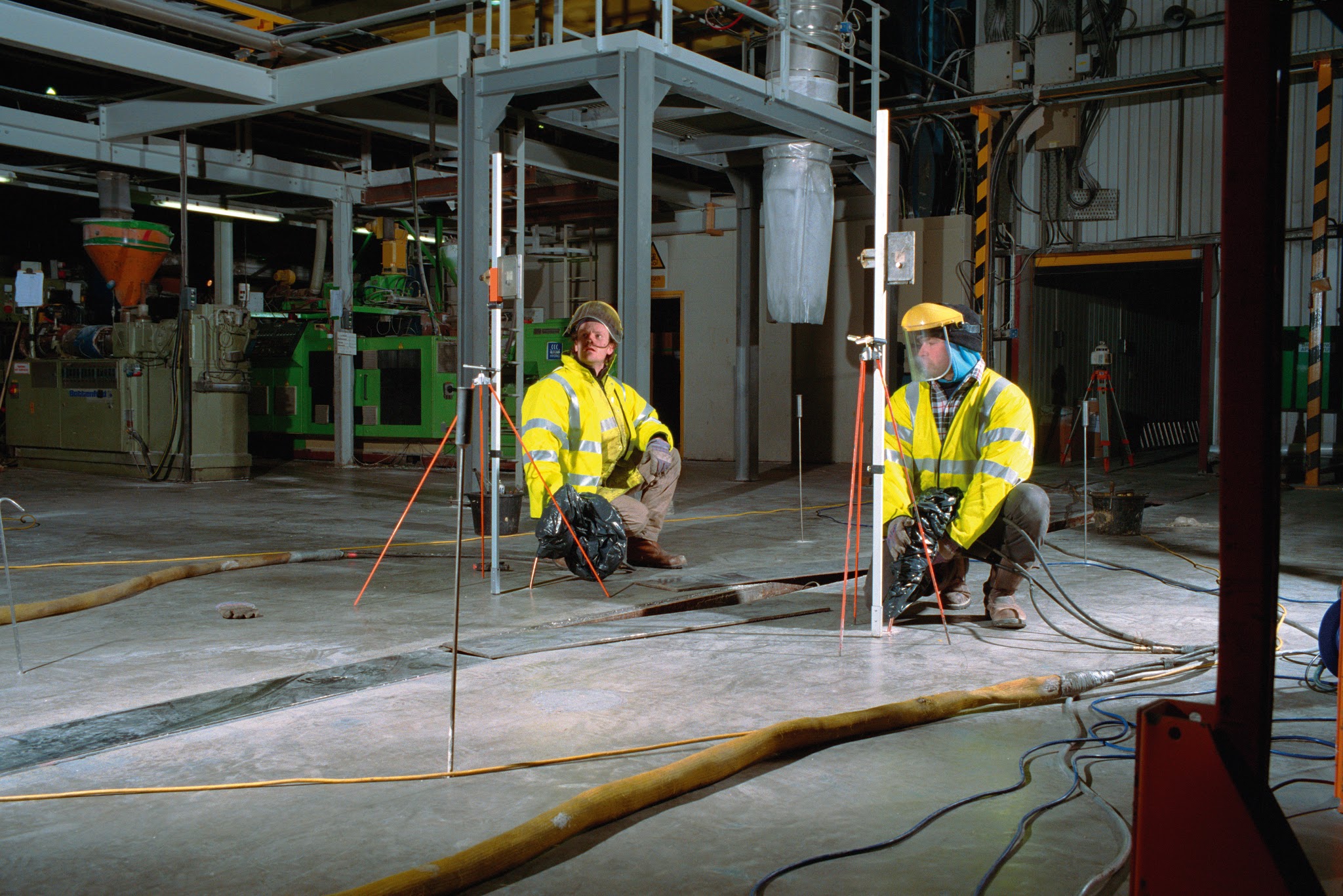 Industrial buildings are often subjected to excessive loads during operation. It can be both static loads caused by the peculiarities of mechanical production, and continuous dynamic actions and vibrations caused by the course of the production process. 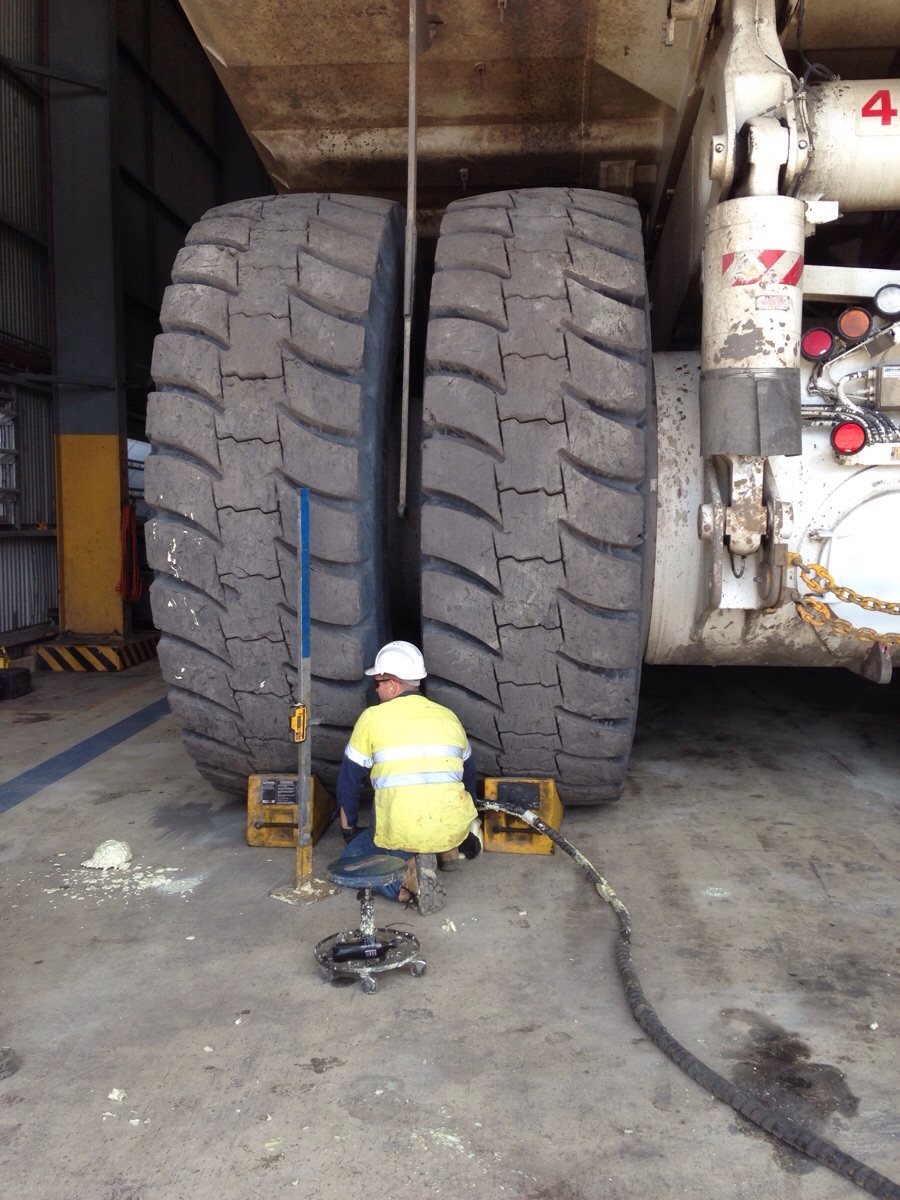 Strengthening the foundations of working enterprises

Geopolymer injection works are carried out quickly and with minimal disruption to the production process. Compact mobile installations are used for injection, which inject geopolymer material through holes in the floor of the first floor or in the covering (soil) around the perimeter of the building. The process of introducing geopolymers is carried out through small-diameter pipes. Hardening of the resins and increase in the load-bearing capacity of the foundation takes place in a matter of minutes.

It is also important that the use of geopolymers to strengthen the areas of the foundation and base soil, which are subjected to excessive dynamic loads, is very effective. The fact is that these materials have the property of elasticity and are able to restore their volume after the end of excessive dynamic impact. 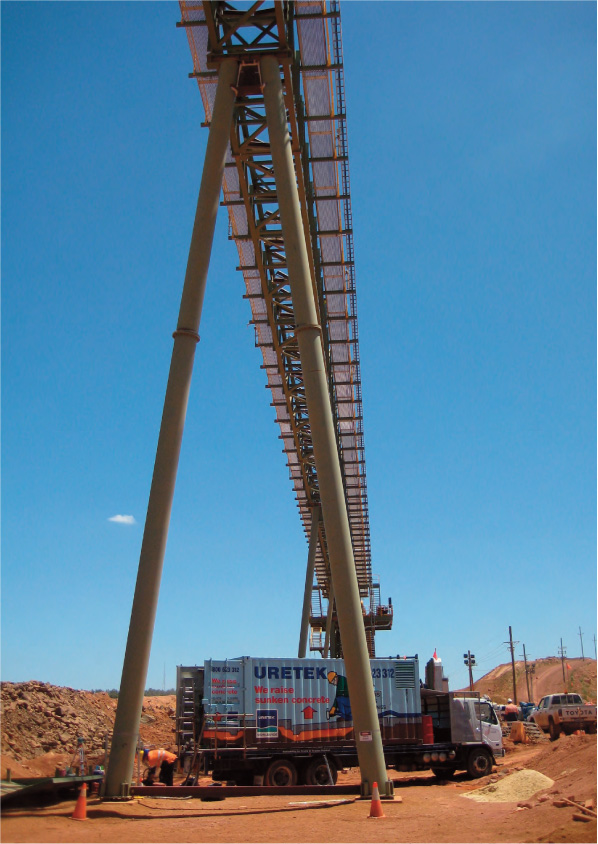 Reconstruction of old industrial buildings most often implies the need to increase the limit of permissible loads on the foundation and the floor of the first floor of the building. This should be done when increasing production capacity, target reorientation of the premises, increasing the freight turnover of the enterprise, etc. After all, most often the installation of more powerful equipment involves a stronger impact on the soil under the foundation.

If the room is not designed for such a load, the soil under the foundation can also be strengthened using the Deep Lifting method. To do this, geopolymers are injected into the soil of the foundation to a considerable depth according to a similar scheme, which leads to strengthening of the foundation of the entire structure. Injection is carried out until the soil acquires the necessary indicators of bearing capacity.